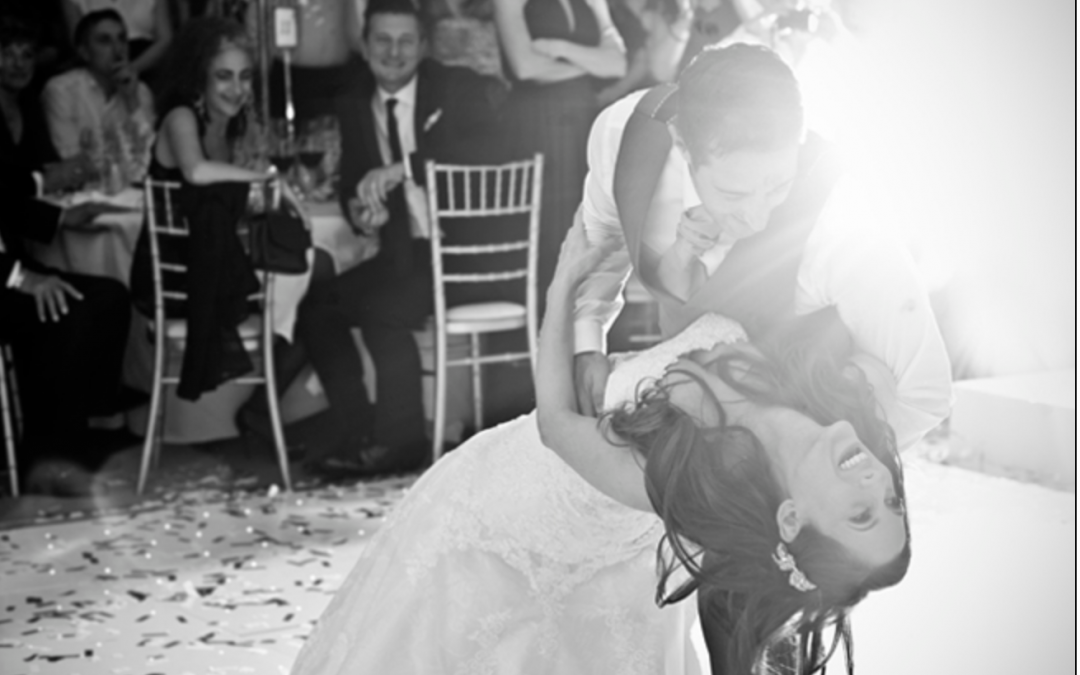 From the outset, I knew this particular wedding dance was going to feel special.

Neither Philippa and Daniel had danced tango before. Philippa had taken some salsa lessons, but Daniel had barely danced a step in his life. Philippa was incredibly excited about the dance classes …. Daniel, well let’s just say he had his reservations!

So nothing particularly new there. I would even go as far as saying that it is a fairly typical scenario! But there was something different this time.

Philippa and I had been close friends since we were 11 years old.

I still remember Philippa when we met on our ﬁrst day at secondary school: thick rimmed glasses, knee high white socks and a navy blue skirt way below the regulation length. Unrecognisable from the beautiful woman with the hour-glass ﬁgure who walked down the aisle at the Mandarin Oriental, Knightsbridge, in November 2014.

Choreographing her wedding dance was going to be an exciting and emotional experience for me. Not only because of what it meant to me to see one of my oldest friends find her soulmate but because also for the first time I would actually watch one of wedding dances LIVE!

It made me feel a little nervous. Would they forget what I had taught them? Would she get tangled up in her dress (she had warned me that her dress was VERY voluminous)? Would they be all the more nervous knowing their “teacher” was watching?

We had agreed that I would choreograph their wedding dance months beforehand but as so often happens when a wedding is being planned, things got left a little to the last minute. With four weeks to go to the wedding, Philippa and Daniel realised the only day they could both do was a Sunday. Four classes? I reassured them they would be fine!

I always love to be involved in someone’s wedding dance. Maybe it’s because I remember how important it was to me on my wedding day. But I also see it as a privilege to be able to contribute to something that I know the couple will remember forever. I get excited about the prospect of them amazing their friends and family and always feel slightly disappointed that I won’t actually be there to watch the dance!

My challenge is to find movements that will make the couple – who usually have no dance experience – look wonderful, but without overwhelming them. Most couples already have enough on their plate in the run-up to a wedding without losing sleep over a complicated choreography! The trick is to choose movements that have the wow factor but which are actually quite easy. And to adapt and listen to the individual couple and what they want. Do they want something romantic? Or do they want something dramatic and sexy? No one couple is the same and that is both the challenge and the fun!

This time, I wouldn’t have to get to know my bride-to-be. I knew Philippa well and knew that she would want something very elegant. But I didn’t know Daniel so well and I certainly didn’t know how he would respond to the classes.

I started off cautiously. It was the ﬁrst class and Daniel, it seemed, had the jitters. A few times, he stopped and said he wasn’t sure he wanted to go ahead. He wasn’t sure he would remember the steps in such a short time.

And then something happened that surprised all of us (including Daniel). Daniel was actually GREAT at remembering steps! Before too long he was even reminding Philippa what she had to do! And he wanted a little bit more than a side-step to the left and a few steps forward. So we tweaked the choreography to give Daniel a few of his own moments to shine.

We had four amazing Sundays together that I’m sure we’ll all remember for many years to come. Lots of laughs, some nerves and most of all so much anticipation for the big day.

So when the day finally came, how did it go? Well, let’s say I had a few butterﬂies when the band struck the ﬁrst few notes. I grabbed onto David’s hand and squeezed it. Philippa looked in my direction and smiled nervously.

Did it all go according to plan? Almost! They did forget a few of the details we had worked on. Did it matter? Not at all! Afterwards Philippa and Daniel told me that it had been like they were alone on the dance ﬂoor and that the moment had surpassed all their expectations. In their words: it was magical.

And really, there is not much more you can ask for than that!

Congratulations Philippa and Daniel. You were brilliant!