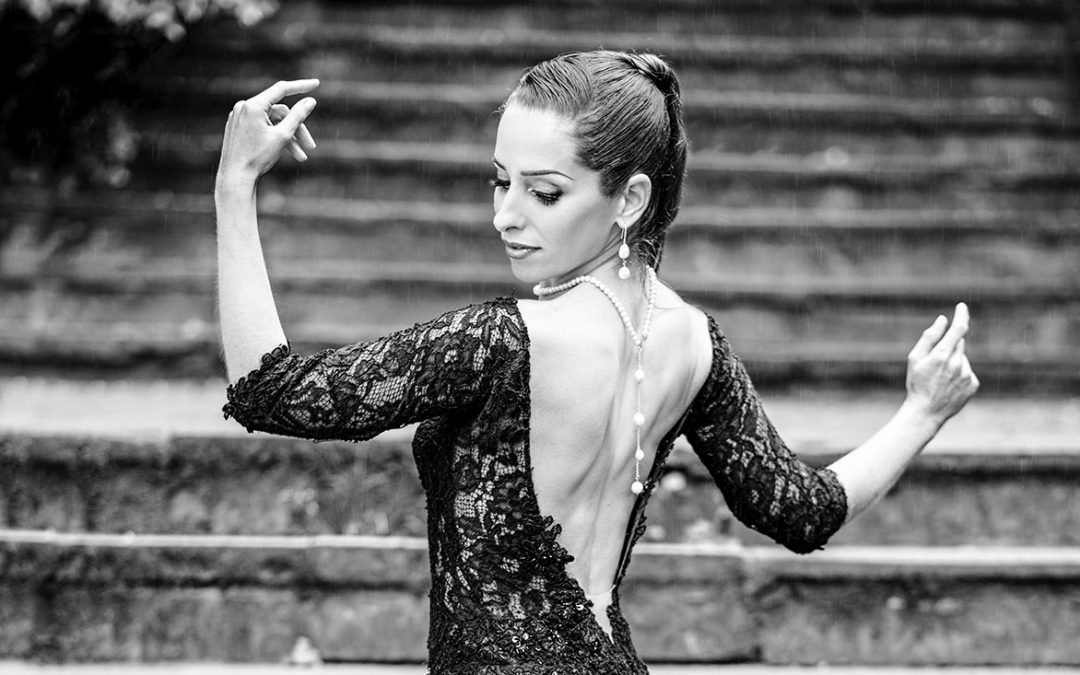 The question takes me back nearly 20 years, when I was studying tango in Buenos Aires. I recall being taught that I should do adornments in such a way that they couldn’t be felt by the leader.

And it reminds me of a story that an American living in Buenos Aires told me around the same time. He had taken the bold step of asking one of the most famous tango dancers in the world to dance in a milonga.

As he floated around the room on cloud nine with the queen of tango in his arms, he happened to catch a glimpse of them both in a mirror on the wall. He was amazed to see that her feet were moving frenetically, creating fabulous decorations which he had been completely oblivious of.

It suggests that a follower’s decorations could be a potential irritation to the leader. And that the follower is somehow misbehaving by not doing entirely as she is told.

Both these sentiments should bother anyone who dances tango – leader and follower alike.

Followers should be seen and not heard? That’s not my experience of tango.

One of my students commented recently that there is nothing he loves more than seeing the flash of a gold heel embellishing, playing with and delighting in the movements he has led. It tells him the follower is enjoying dancing with him and he love the feeling that they both have a mutual contribution to the dance.

If the follower becomes so obsessed with decorating that it is to the detriment of the lead, it can be a problem. This is because it will detract from the harmony of the dance.

Tango is about togetherness. It is about two people appreciating the other’s expression. This is what people are referring to when they talk about connection in tango.

The more connected a dance becomes, the less it feels that one person is leading and the other is responding. It starts to feel simply that they are moving together. It is a unique experience.

However just like in life, The feeling of being connected as a couple, should not in any way lessen our identity as an individual. And the more we can give, as an individual, to the relationship, the better a partnership feels.

Another Tango Queen visited us at Tango Movement a number of years ago. Alejandra Mantiñan.

When Alejandra dances, her personality is immediately apparent. It would be pretty hard for any partner to ignore her adornments! But why the hell would he want to?

The role of the woman in tango, in particular in relation to adornments, has changed greatly in the last thirty years.

Rather than something simply to add on to the dance – like baubles on a Christmas tree – they create extra connectivity with our partner.

They can even be a source of inspiration. Just like jazz musicians, both leader and follower can inspire each other as the dance unfolds. It can become difficult to know where the follower’s decorations end and the lead begins.

So, as followers, do we simply follow his lead? No, we dance his lead.

This, I believe, is connection. And this is tango for the 21st century.

*Decorations, embellishments, adornments or “adornos” are movements that can be added by both the leader and follower throughout the tango. They are not led but are an important means of expression .

Decorations are taught in most of the classes we give. The best way to learn decorations is to practice them on your own to begin with. Once your body is familiar with them, fitting them into the dance is less of a challenge.