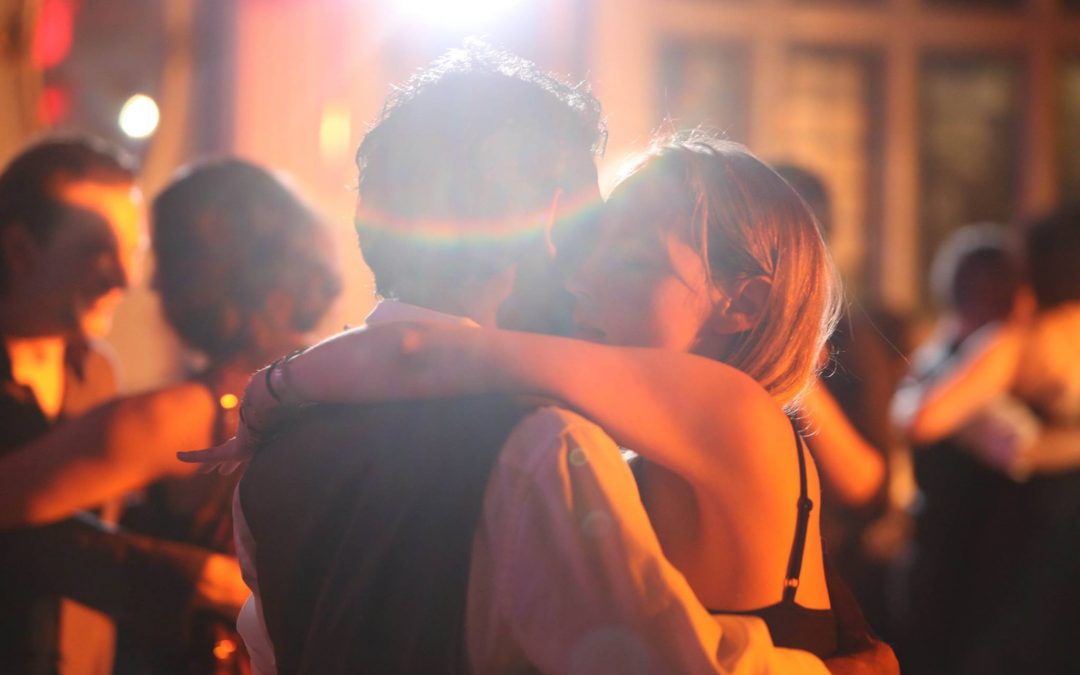 Tango has had a tumultuous journey.

It was born in the slums of Buenos Aires in the late 19th Century. It enjoyed a Golden Age in the 1930ʼs and 1940ʻs only to go into decline in the 1950s. It somehow survived a military dictatorship when it was outlawed and it may well have died completely if it had not been for a group of dedicated “milongueros” who kept the culture alive.

Towards the end of the 20th Century and now in the 21st Century it is enjoying something of a revival. Tango has once again become popular amongst all ages around the world. Blinking tango has stepped out of the darkness and into the light. And it has discovered that since its heyday, the world has changed.

The Age of Chivalry is seemingly over. Women have won the Battle of the Sexes. Can tango – a dance which is essentially all about a man being a man, a woman being a woman – survive in this new world?

Every Friday and Saturday, I welcome beginners to tango for the first time. Most work in the West End and the City and are still wearing their suits from the office. Many are looking for something to distract themselves from their demanding professional lives.

I explain to my female students their role as a follower in tango. There can only be one leader and one follower! Try not to anticipate, try not to think! Focus only on your partner’s chest and allow your movements to tune into his

And every week, they respond with words to this effect:

“Iʼm not sure I can do this following thing!”

“Iʼm more used to telling him what to do!”

“Itʼs not in my personality to follow. I keep leading.”

And I always think, thatʼs a relief! I would be pretty worried if they said the opposite!

However, after a few weeks, these strong-minded professional women are all following brilliantly. Why? Because tango is completely improvised and if you have no idea what your partner is going to do next, you quickly learn the complete futility of trying to lead.

Does this have a negative connotation? Not at all! It is an amazingly beautiful and therapeutic experience to tap into your feelings, not your thoughts. To let yourself go and allow yourself to be carried through the music. To give up control for a change!

A tango lasts three minutes and when the music stops, the leader and follower stand apart as equals.

A very dear student of mine is a consultant doctor in intensive care. Despite having enormous stresses in her every day life, she always makes time for her tango class. Her profession demands such an overwhelming degree of responsibility from her, that to her it is a blessing (indeed a need) to be able to give up responsibility for just a few minutes … or a few hours if she dances all night!

Another (male) student of mine made a very interesting comment in class the other day. He said how he felt that tango allowed him to be entirely masculine for a few moments and he was surprised by how much he enjoyed this. And I know that there are many women who also enjoy that tango gives them the opportunity to embrace their femininity.

And it occurs to be me that perhaps in this day and age of gender equality, we at times feel the need to explore our masculinity/femininity without fear of this being frowned on or impinging on the equal rights that we have fought so hard for.

As a woman I feel incredibly lucky to be living today. In my motherʼs class at school, most of the girls were expected to become housewives, teachers, nurses or secretaries. Despite this my mother became one of five women to attend law school. However, after qualifying as a solicitor, she was unable to get a mortgage or buy even a radio on credit, because she didnʼt have a male guarantor. And this was as recent as the 1960s! I was brought up to be incredibly grateful that women – at least in the Western World – are treated as menʼs equals.

But I love the romance of tango and have found that I love celebrating my femininity. And there is nothing that makes me feel more feminine than tango.

In any event, Tango in the 21st century is not as politically incorrect as it may seem at first sight

It may sound old-fashioned but tango is much more about chivalry than machismo. As I mentioned in my last blog post, the leaderʼs objective in tango is to make the follower feel WONDERFUL. It is about guiding the follower. A good leader doesnʼt just lead, he also listens. He is sensitive to what the follower needs and the more experienced you become in tango, the more dance begins to resemble a two-way conversation.

A leader who insists on leading movements that the follower is struggling to understand is frowned upon. So just as much as the follower tunes into the leaderʼs movements, a leader should also tune into the follower. And the result is a beautiful harmony between two people.

And if you’re still not convinced, these days it is completely normal to explore the other role in tango. Are you a woman who would prefer to lead? No problem! Same sex tango or tango with inverted roles (the man following, the woman leading) can be found in most tango communities around the world. It is not uncommon for women to come to the class asking if they can explore the leaderʼs role. Or a leader to try his hand at following, either as a means of improving his leading or simply because he enjoys it. In fact, in our classes we prefer to replace the words “man” and “woman, with “leader” and “follower”.