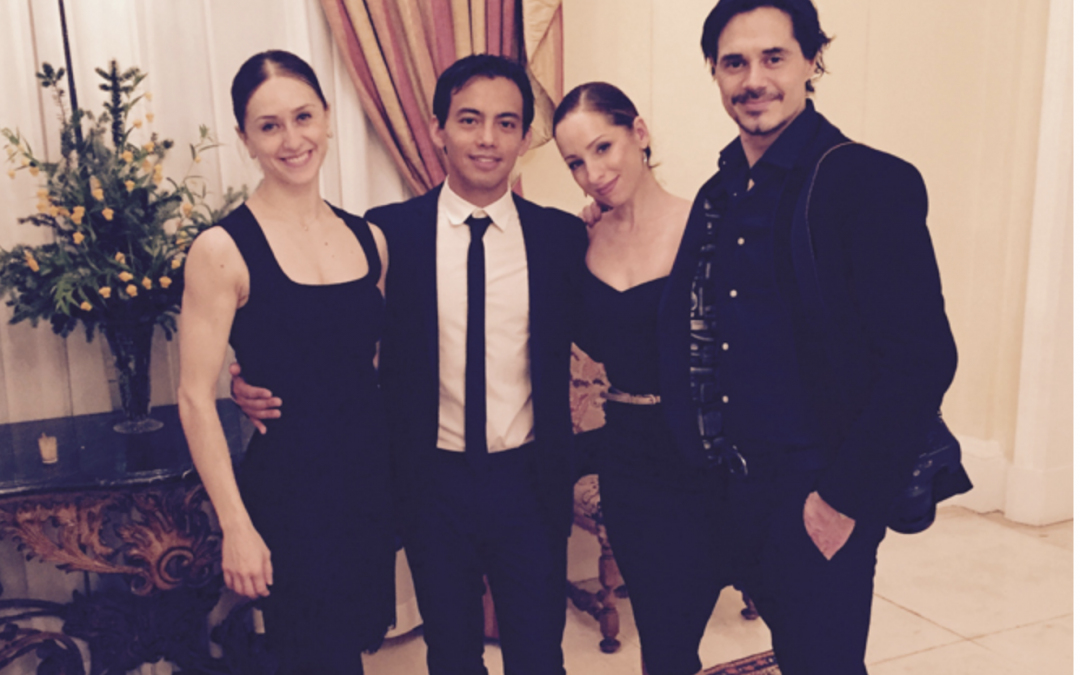 Last Tuesday 10th November, David and I were performed alongside Royal Ballet Principal, Marianela Nuñez, at the Argentine Ambassador’s Residence in an evening of Ballet and Tango.

The evening was attended by Ambassadors from all over the world, VIPs and members of the Anglo-Argentine Community.

Marianela Nuñez, together with Alejandro Parente, principal dancer of the Teatro Colon, Buenos Aires, performed a contemporary ballet piece to Astor Piazzolla’s “A Buenos Aires”. David and I performed two traditional tango pieces. And the evening’s programme was closed with Marianela and Alejandro performing the “Dying Swan” from Swan Lake.

Marianela Nuñez was born in Buenos Aires and trained at the Teatro Colon Ballet School before joining The Royal Ballet School at the the age of 15. She became a principal dancer of the Royal Ballet at the age of 20 and has performed leading roles in the classical, dramatic and contemporary repertoires.She is currently playing Juliet in the Royal Opera House’s production of Romeo and Juliet.

Tuesday’s performance was followed by a reception with Argentine gastronomy and wines. The Ambassador thanked the performers:

“One of the central aspects of our work in the United Kingdom is cultural diplomacy. Art, in all its expressions, improves relations, contributes to greater knowledge of our country, allows a greater understanding and promotes dialogue between the nations”

David and I were honoured to take part in this evening and represent tango in this important cultural setting.