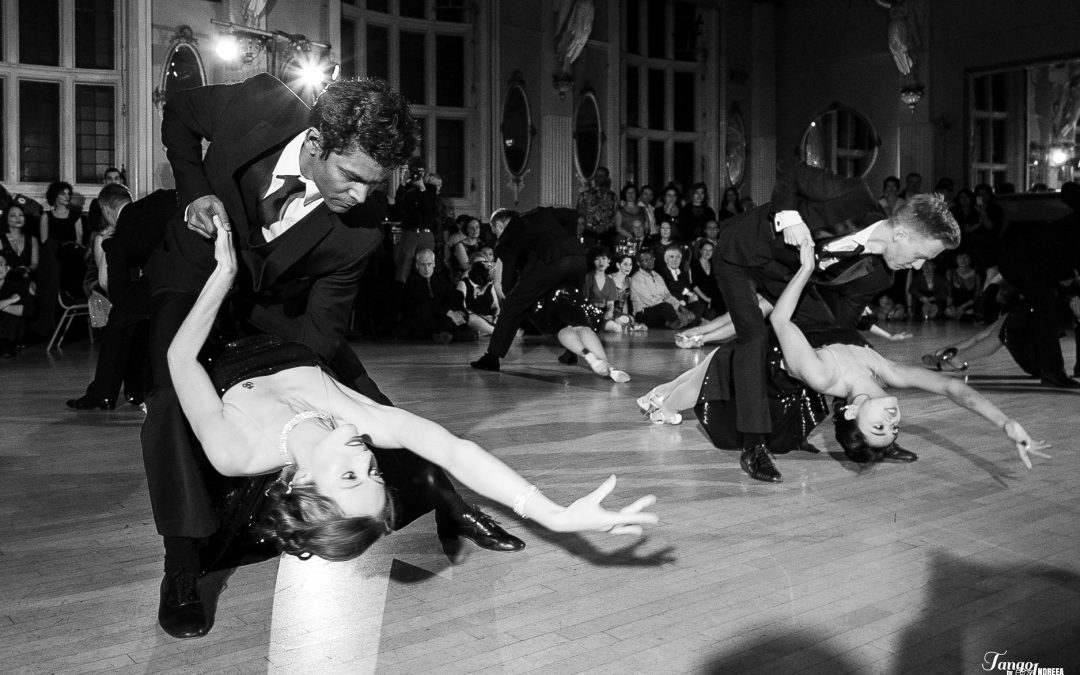 We’re proud to announce that our Student Groups will be performing again at the UK Tango Championships on 6 – 8 April 2018.

We’re so lucky that London hosts amazing international events such as this! Dancers from several European countries will be competing for the coveted prizes in Tango Salon (Social Tango) and Tango Escenario (Stage Tango), with the lucky winners catapulted to the finals of the Tango World Championship in Buenos Aires this summer.

The UK Championship is blessed to have some of the biggest names in Argentine tango on the judging panel, who will also be giving workshops and performing during the weekend.

The Festival also has a stunning new venue, the spacious Porchester Hall in Bayswater.

Our Student Groups will be performing on the evening of either Saturday 7 April or Sunday 8 April (times to be confirmed shortly).

The performances and competitions will be followed by milonga (tango social dancing) for all, until late.

If you saw our students perform at the Tango Movement Valentine Ball in February, you’ll know this is not something to be missed!