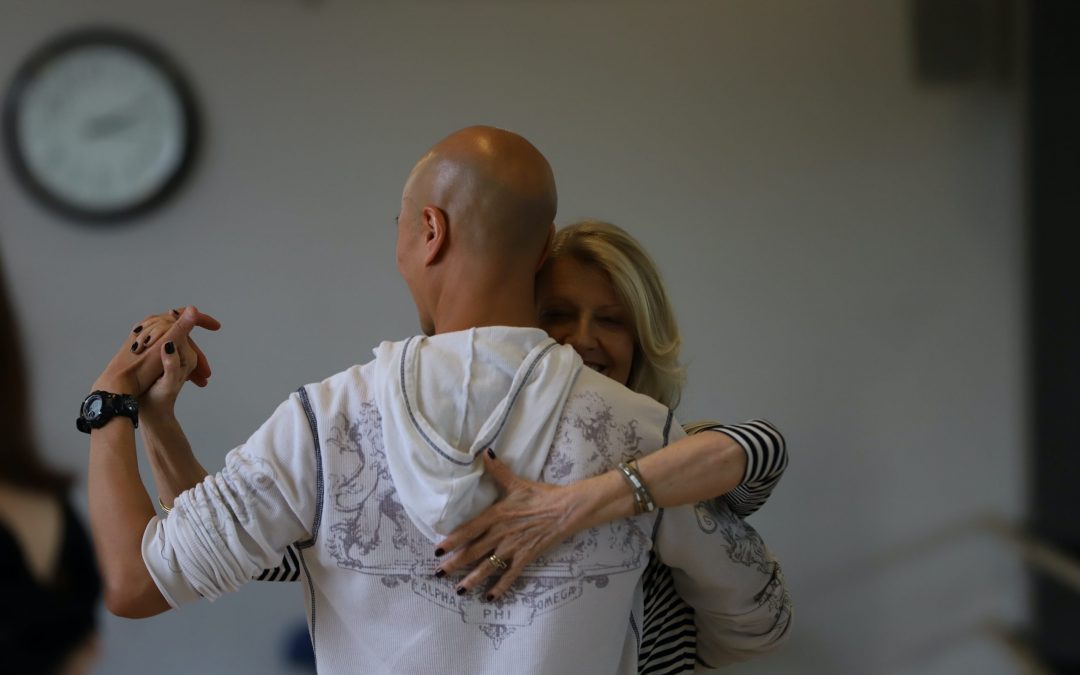 A few months back, we were teaching at a Tango Festival outside of London, where tango aﬁcionados travel long distances to take part in workshops and dance the night away in the festivalʼs “milongas” (tango nights).

The atmosphere was electric and the dancers warm and effusive. One guy, however, stood apart.

I recognised him from our previous years at the festival. This year, as in the past, his expression throughout our classes was stormy. It seemed that however much he tried and despite our guidance, his movements were awkward and robotic. I admired his persistence but felt his frustration.

Saturday night was the Festivalʼs Grand Milonga and it was well-attended. Couples glided and pivoted on the dance ﬂoor, torso to torso, cheek to cheek, to one beautiful tango after another. At the end of the night, as the tired but contented dancers began to drift off the dance ﬂoor, ready to return to their rooms, the DJ started playing some rock and roll. The mood changed and the festival-goers, mustering up one last ounce of energy, started to ﬂing themselves around 1950s style.

One dancer caught my eye. A natural dancer, he could give Elvis a run for his money. Yes, it was “Mr Stormy” from our classes. It was incredible to see his transformation. He was the centre of attention and we all watched him with a smile on our faces.

The next day, in class, I saw him battling away again. I decided to mention to him that I had seen him the night before and that I knew he had it in him to dance. Something lit up behind his eyes. He said, “I donʼt know where it comes from – it just kind of happens”.

I remember the same feeling when I started to dance tango. Deep down I felt I had it in me to dance – and I knew I could from dancing at parties – but the movements were unfamiliar to me and they felt imposed and unnatural.

As time passed and I dedicated more time to tango, the movements became part of me, my outlet, in fact my only way of really expressing the way the music made me feel.

I told Mr Stormy to trust that things would start to work for him. Everyone feels robotic to begin with. How can it be otherwise when we are trying to programme our body to do things it has never considered doing before? And the body, feeling that it is doing something new, automatically tenses up, exacerbating the situation.

Feeling robotic is not necessarily a bad thing. OK, it is not exactly what we had in mind we decided we would learn to dance! But I like to think of it a little like painting by numbers. At ﬁrst we learn the movements, working out their path, not necessarily understanding why we are being asked to do things in a certain way. By the end of the process we have created a beautiful drawing, and it begins to make sense to us. Then we add the paint (in my mind the music and the expression), and suddenly we have a work of art.

The process of programming our body to do new things will feel a little mechanical, but it is important that we clearly instruct our body what to do. It is when we do this that we can really begin to feel and express ourselves through the movements.

So whenever weʼre learning a new movement, we should expect (and embrace) the robotic stage. It may feel awkward but, with time – and maybe when youʼre least expecting it – the movement will settle and soften until it feels like a part of you.